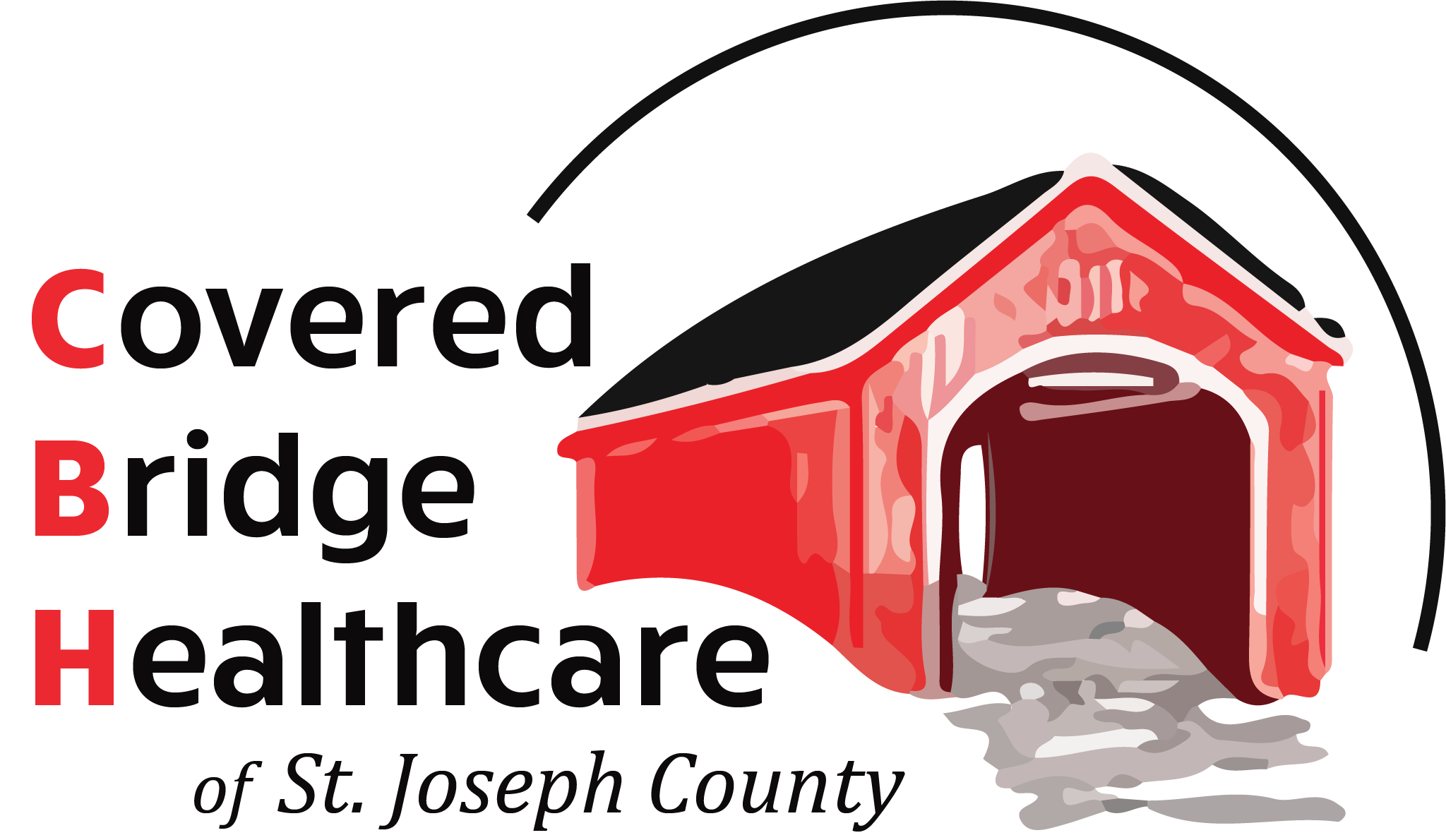 The Certified Medical Assistant at Covered Bridge Healthcare has been in their shoes – her family came to the United States as migrant workers four decades ago – and her life has also been affected by the coronavirus.

“It’s not only important for me to help the migrants on a personal basis, but we lost my father-in-law on June 2 to COVID-19, so it’s a personal mission to help as many people as possible,” she said.

While they don’t know how the 75-year-old Sturgis resident initially contracted the virus, he was immunocompromised, so it hit hard and quick.

His relatives were not allowed to see him – they had to say goodbye through video chat. He was unconscious and on a ventilator.

“My father-in-law was a statistic,” she said.

Covered Bridge Healthcare has been leading the way in St. Joseph County responding to the emergency order. With funding from the state of Michigan, their team of six takes the Community Mobile Clinic into the fields, seeking to meet the estimated 800 St. Joseph County agricultural workers where they are.

“As a Federally Qualified Health Center, our community strategic plan is to provide a wide scope of health care services,” CEO Rick Shaffer said. “In addition to family practice, jail medical and Twin County Community Probation Center, Covered Bridge Healthcare is very proud to be a part of migrant health care for our seasonal community partners.” 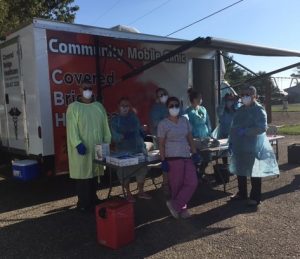 Rubio and two men on the team offer translation services along with medical expertise; others assist them with paperwork and test tube preparation. The post-testing period involves a large amount of data entry and lab processing – but so far everything is going well, Shaffer said.

While at the first farm all tests were negative, testing at other farms has yielded a few positives. Covered Bridge Healthcare works with employers and the Branch-Hillsdale-St. Joseph Community Health Agency on how to quarantine workers who test positive and reach out to their contacts.

Covered Bridge Healthcare’s next testing focus will be on food processing plants, such as Bayer and DuPont.

The governor’s executive order, announced Aug. 3 with a deadline of Aug. 24, was recently upheld by the U.S. District Court for the Western District of Michigan after a lawsuit challenged it.

According to Michigan Department of Health and Human Services (MDHHS) Director Robert Gordon, “The department’s goal is to save lives during a pandemic that has killed more than 6,300 people in Michigan. At a time when farms, food processing plants and migrant worker camps face 21 outbreaks, the best way to save lives is to support and test these hard-working employees.”

It also requires employers of migrant or seasonal workers, meat, poultry and egg processing facilities and greenhouses with over 20 employees on-site at a time to provide COVID-19 testing as follows:

In the future, Covered Bridge Healthcare would like to schedule more consistent opportunities to offer on-site healthcare to migrant workers.

“People have a lot of misconceptions about migrants,” Rubio said. “But the contractors we’ve worked with have really good support systems.”

Companies bring them under work visas, so the workers are here legally.

“They’re not bad people, just looking to make a living for their families,” Rubio said, noting that if they can send home $1,000, their family can survive for six months.

Rubio’s parents brought their children – five boys and six girls – from Mexico to Florida on Christmas Eve 1980 as migrant workers, picking tomatoes, cucumbers, zucchini and more in the fields.

When there was nothing for the children to do, they would sit around or stay close to their parents.

She recalls working at a farm in Grand Junction, staying in cottages with a tiny stove, kitchen and refrigerator but no bathrooms. They had to walk to get to the showers; as most of the workers were men, her mother always kept a really close eye on the girls – especially as the facility was on the edge of the woods.

Men’s showers were on one side of the wall and women’s on the other; the men would poke holes through the wall, so the women had to cover them before showering. As the showers had no curtains, she often stepped in wearing a T-shirt and panties.

Conditions for migrants have vastly improved since then.

Shortly after Rubio’s high school graduation in 1993, the family moved to Michigan, where her older siblings were better able to care for their widowed mother.

Leticia started working at a gladiolus farm, but seeking a change from hard labor, took a position as a cashier at a Walmart jewelry counter. Three years later she was back to hard labor, working at a factory making seat covers for Jeeps.

A bright spot during that period, however, came when a friend of a friend introduced her to now-husband Tani, who currently works at Fresh Solution Farms as a department manager. A year later, they were married. The couple has 18- and 22-year-old sons who graduated from Mendon High School.

Moving on to desk jobs, Rubio worked at the WIC office and then for Dresser, Dresser, Haas and Caywood as a receptionist.

Then, “I decided I needed to go back to school because I wanted to work in the medical field permanently,” she said.

She earned her medical assistant certificate at Glen Oaks Community College in 2004, and now utilizes that knowledge – and her translation skills – in her job of three and a half years at Covered Bridge Healthcare. 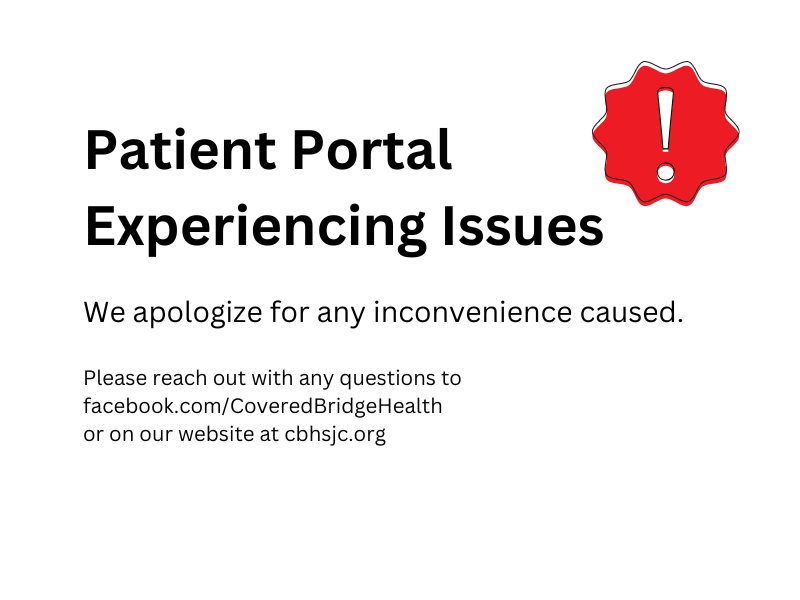 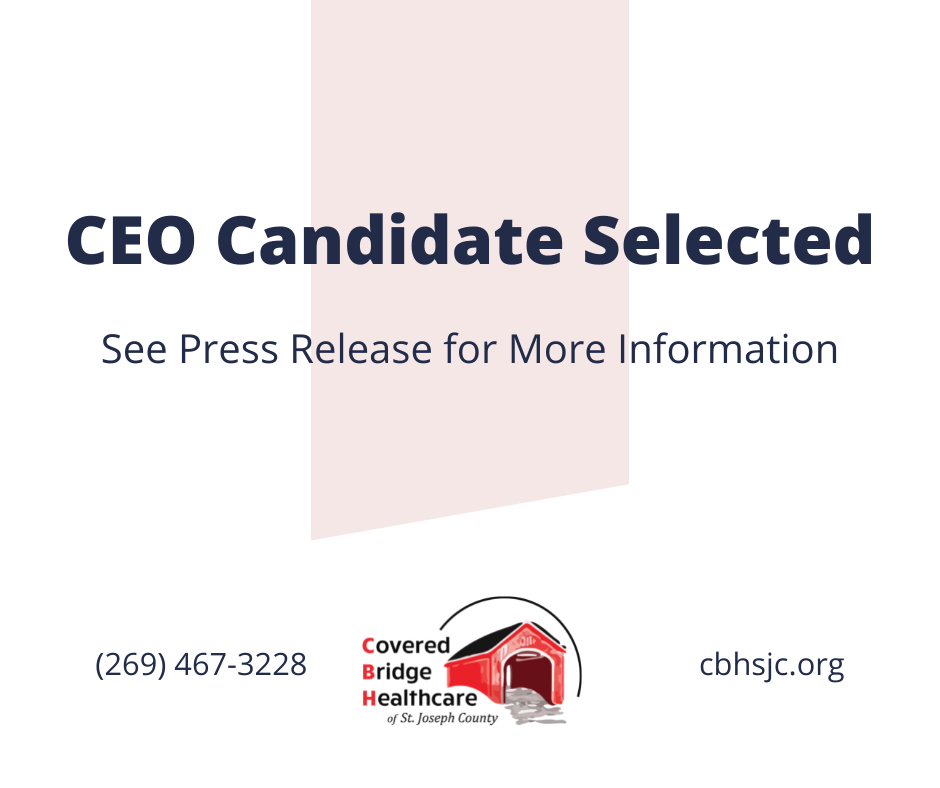 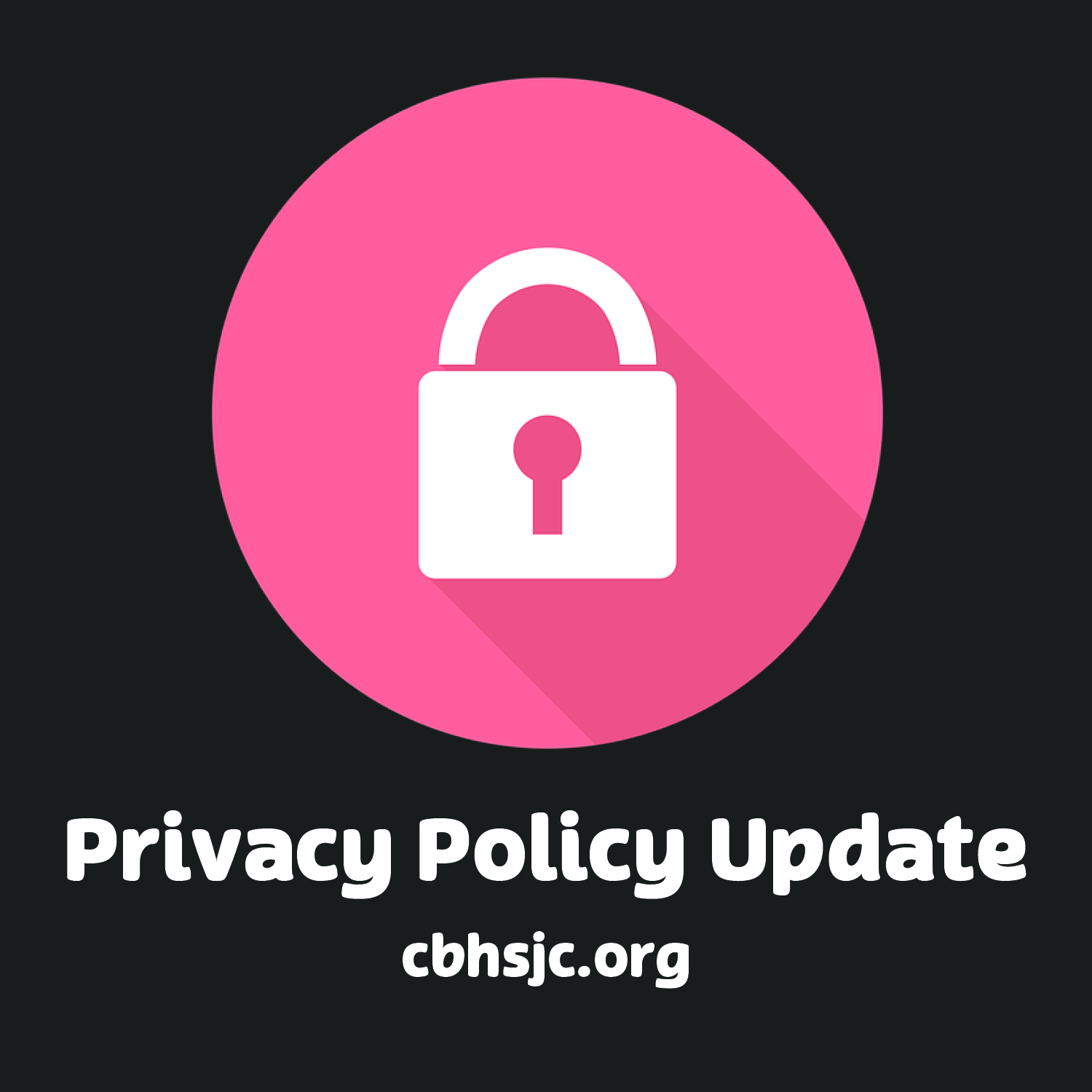 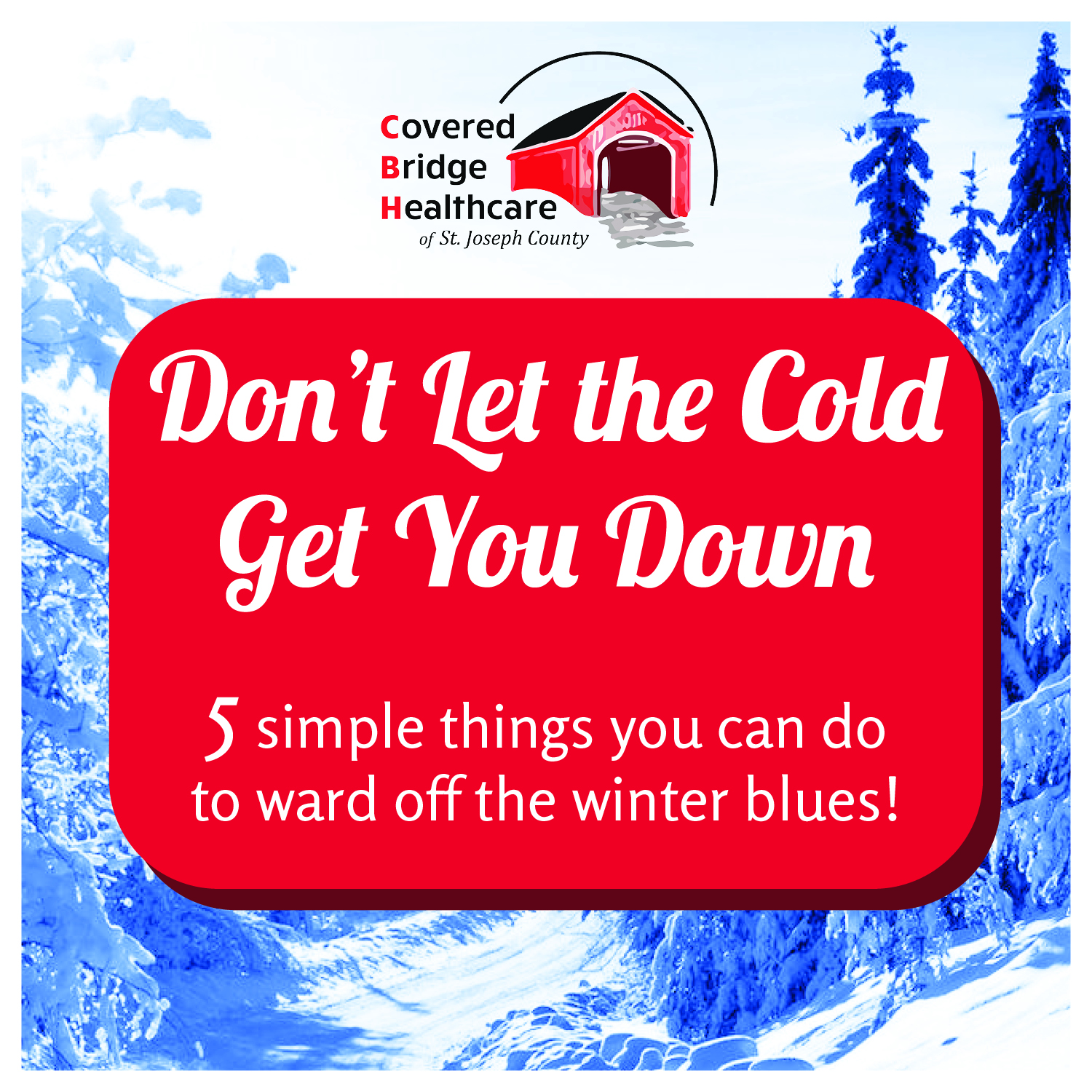 Warding Off The Winter Blues

Warding Off The Winter Blues

We use cookies on our website to give you the most relevant experience by remembering your preferences and repeat visits. By clicking “Accept All”, you consent to the use of ALL the cookies. However, you may visit "Cookie Settings" to provide a controlled consent.
Cookie SettingsAccept All
Manage consent

This website uses cookies to improve your experience while you navigate through the website. Out of these, the cookies that are categorized as necessary are stored on your browser as they are essential for the working of basic functionalities of the website. We also use third-party cookies that help us analyze and understand how you use this website. These cookies will be stored in your browser only with your consent. You also have the option to opt-out of these cookies. But opting out of some of these cookies may affect your browsing experience.
Necessary Always Enabled
Necessary cookies are absolutely essential for the website to function properly. These cookies ensure basic functionalities and security features of the website, anonymously.
Functional
Functional cookies help to perform certain functionalities like sharing the content of the website on social media platforms, collect feedbacks, and other third-party features.
Performance
Performance cookies are used to understand and analyze the key performance indexes of the website which helps in delivering a better user experience for the visitors.
Analytics
Analytical cookies are used to understand how visitors interact with the website. These cookies help provide information on metrics the number of visitors, bounce rate, traffic source, etc.
Advertisement
Advertisement cookies are used to provide visitors with relevant ads and marketing campaigns. These cookies track visitors across websites and collect information to provide customized ads.
Others
Other uncategorized cookies are those that are being analyzed and have not been classified into a category as yet.
SAVE & ACCEPT
Powered by